What is Sexual Addiction and how can I help myself? 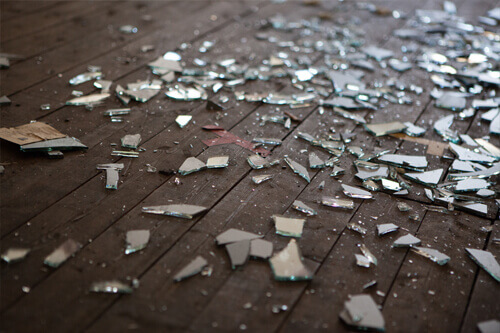 Sexual Addiction is a process whereby sex functions to produce pleasure and to provide escape from internal discomfort. It is employed in a pattern characterized by (1) failure to control the behavior (powerlessness) and (2) continuation of the behavior despite significant negative consequences (unmanageability). Sexual addicts spend a great amount of time and/or money in pursuit of immediate sexual gratification. This often involves high risk behaviors (pornography, phone sex, online relationships, prostitution, anonymous sex and/or extramarital affairs. They experience a need to increase the intensity or frequency of the behavior and many feel anxiety if they are unable to engage in the desired behavior.

Unlike the goal in treatment of chemical dependency, which is abstinence from use of all substances, a therapeutic goal in sexual addiction is abstinence only from habitual sexual behavior with adaptation of healthy sexuality.

Coping skills are provided in therapy to teach the individual to cope and learn how to manage their addictive behaviors. Oftentimes, when they stop all sexual activity, some sex addicts may withdrawal symptoms similar to those experienced by drug addicts. This depends upon the individual and his or her relationship with their addiction; again, tools provided in therapy can bring a sense of relief to an out of control situation.

It is important to mention, involvement of the partner in the treatment program is encouraged. (In some cases), an important judge of relapse after treatment of sexual addiction is the absence of a spouse within a treatment program. This can most difficult for the individual who has been living alone in secrecy, within the confines of his or her addiction. However, it is not impossible to overcome in either case. Find comfort in knowing there is help when you are ready to move forward.

A form of one-night stand or casual sex between people who have very little or no history with each other, often engaging in sexual activity on the same day of their meeting and usually never seeing each other again afterwards. The internet is also a primary vehicle for people setting up anonymous sex. Anonymous sex is sometimes considered to be a form of prostitution when it involves an exchange of money or drugs for sex.

In the past, ambiguity surrounded the concept of an emotional affair. Was it a real thing? Or, were there situations in which people would unintentionally cross boundaries that were inappropriate? Emotional affairs are very much a reality. This form of betrayal can leave behind wreckage that feels worse than sexual betrayal. It feels worse because there is a gradual buildup of self-disclosure that is often missing from within their committed relationship. In fact, the main topic typically surrounds the ongoing problems and frustrations with their partner. Things like, “She doesn’t understand me anymore,” and “He only cares about sex” are said out of frustration and a desire for empathy. This can send a message of validation that feels right and safe. As this bond grows, the two people begin to spend more time trying to connect and use commonalities that justify, (what seems to be) the perfect match. This is where emotional infidelity becomes patterned and the two are willing to risk more to get their emotional fix. Although they have learned to successfully navigate secrecy, their efforts to hide, lie, and cheat become greater as the emotional investments increase. Emotional affairs are like sexual affairs in that, the more your desires are being met, the more you crave to be with the person who is meeting those desires.

The appearance of computer-mediated communication introduces a new type of communication and consequently a new type of an Affair. There are various kinds of computer-mediated communication that differ in some significant aspects: one-to-one or group communication formats, interrelating with anonymous or identified people, and communicating in synchronous or asynchronous formats. Online affairs combine features of close and remote relationships. An online affair is a unique kind of affair - termed 'detached attachment', or in short 'detachment' - that includes opposing features whose presence in a face-to-face affair would be paradoxical. Like direct, face-to-face affairs, online affairs can be spontaneous and casual and show intensive personal involvement. However, online affairs can also be more of a planned discourse than spontaneous talk; like written letters, online messages can be stored and thus have permanent presence, which is absent from face-to-face affairs. 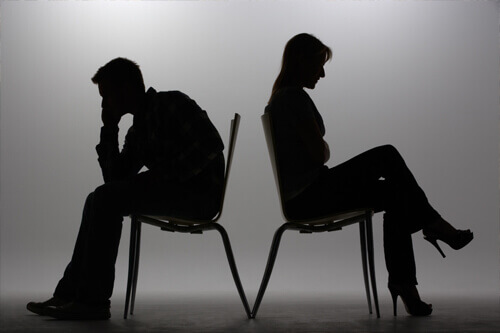 Sexual difficulties may begin early in a person's life, or they may develop after an individual has previously experienced enjoyable and satisfying sex. A problem may develop gradually over time, or occur suddenly. The causes of sexual difficulties can be physical, psychological, or both.

Sexual stereotypes drive the way we think and believe our intimate and gendered relationships should be carried forth. For those who do not feel it is necessary to live by strict cultural guidelines, life can be very difficult and challenging. This makes everyday life very complex before we even think about sexual expectations within our relationships.

There is no right way to move through this transition in one’s life. Each individual experiences this process in their own unique way depending upon his or her given set of circumstances. The complexity of this transition does not allow us to pigeonhole every person into a stage-process model that appears to have all the answers. Males and females both differ with many respects; yet, they share many commonalities. However, anxiety, stress, lack of direction, and questions appear to manifest in their own distinctive form.

Erectile Dysfunction is the inability to achieve or sustain an erection suitable for sexual intercourse. Many problems with erections may stem from anxiety, depression, side effects from medications, chronic illnesses and fatigue caused by depression. While it is important to mention that chronic illness may also cause ED; stress, anxiety, and depression are symptomatic of such transitional life changes

Although women have made great strides in American culture, they continue to struggle with understanding their sexual role(s) in a society that idealizes beauty in the bedroom but oftentimes questions it in the boardroom. For many, this role conflict leaves women questioning their self-image within relationships and second-guessing their professional image. Situational depression, anxiety, and low self-esteem are common and affect both personal and professional relationships. Wearing multiple “hats” is challenging and difficult for men relate to at times.

Depression in men can affect sexual desire and performance. Unfortunately, men often are unwilling to admit to having problems with their sexuality. Many mistakenly feel that the problems are related to their manhood, when, in fact, they can be caused by a medical problem, such as clinical depression or complex interpersonal issues. When a man is suffering from depression, he may still want to have sex, but he will not feel satisfied because he does not feel as good about his body. He may even show more interest in sex as a way to try to get rid of depression. However, a man taking an anti-depressant medication may experience a reduced libido, which exacerbates male depression. Self-blame and frustration are common.

Sexual desire disorders (decreased libido) may be caused by a decrease in the normal production of estrogen (in women) or testosterone (in both men and women). Other causes may be aging, fatigue, pregnancy, and medications -- the SSRI anti-depressants, which include fluoxetine (Prozac), sertraline (Zoloft), and paroxetine (Paxil), are well known to reduce desire in both men and women. Depression and anxiety, can also cause decreased libido.

Open, informative, and accurate communication regarding sexual issues and body image between parents and their children may prevent children from developing anxiety or guilt about sex and may help them develop healthy sexual relationships.

Review all medications, both prescription and over-the-counter, for possible side effects that relate to sexual side effects.

Couples who are open and honest about their sexual preferences and feelings are more likely to avoid some sexual problems. Partners should, ideally, be able to communicate desires and preferences to the other partner.

Simple, open, accurate, and supportive education about sex and sexual behaviors or responses may be all that is required in many cases. Many couples may benefit from joint counseling to address interpersonal issues and communication styles. Individual counseling may be required to address depression, anxieties, fears, inhibitions, poor body image, and self-respect.